Preferred English translation of the name of your organization:
Regional Public Organization "Face to face: promotion of dialogue between religions and cultures". Abbreviated name in English: RPO "Face to face".

Year of establishment or foundation of the organization:
It was established in 1991 and registered with the Ministry of Justice of the Russian Federation in 1993.

Brief history of the organization:
RPO "Face to face" is comprised of Jews, Christians and Muslims that are interested in inter-religious dialogue. But it is not comprised only of religious people from Jewish, Christian and Islamic communities and organizations, but also of people of non-religious professions: philosophers, psychologists, scholars, historians, public figures and politicians, teachers and journalists.

RPO "Face to face" became the first organization of the post-Soviet area to conduct inter-cultural and inter-religious dialogue. Its emergence generated attention. The largest event to date was the international conference in 1993, entitled "Face to face: religious dialogue". The participants of the conference were addressed by the President of Russia, His Holiness the Patriarch of Moscow and all Russia, Catholic and Islamic leaders and Russian political and public figures of the late 20th century. Later on, multiple symposiums and conferences were held in Moscow, Jerusalem and Skopje.

Number of members (approx.):
Currently, the organization has 3 employees and around 100 volunteers in different cities and towns in Russia. Leaders of the organization are residing in Moscow. 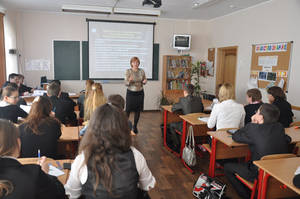 Main focuses/areas of your work:

Which audiences do you work towards?
Our audience: high school pupils, students, school teachers, members of Jewish, Christian and Islamic communities.

How often does your organization meet?
Usually, the seminars are held once a month, and meetings and lectures – once every 3-4 months.

Events regularly sponsored by your organization:
See above under “Main areas/focuses of our work”.

Does your organization have any regular publications (in print or online)?
RPO "Face to face" releases a bulletin "Dialogues. Christians, Muslims, Jews, ethnic, cultural and religious traditions". 6 issued have been released with a frequency of 1 issue every two years. 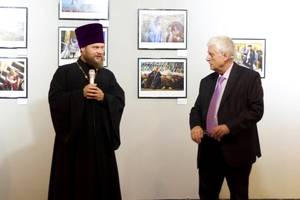 Main working/publishing language of your organization:
Working language of the activities and printed press is Russian. Books summaries are in English.

Briefly describe your organization’s relationship to the ICCJ:
Our organization has been collaborating with the ICCJ for more than 20 years. The experience obtained during conferences and meetings helps us to organize our work.

Has your organization figured in any published material such as newspapers, books or blogs?
A bulletin is published every two years.

Participants of the international conference meeting with His Holiness Alexis II
Patriarch of Moscow and All Russia. (Moscow, 2004)